“You should smile more.” 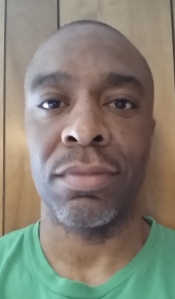 This is what I hear often. I particularly don’t like my smile. I have two enormous, over-bitten front choppers that are uncomfortably separated. When I do smile, one might suspect a linebacker is coming to fill my A-gap for a tackle. Also, it doesn’t help I’m 6’3ish” 200-plus lbs. with eyes that pierce steel.

Although I’m a jovial person, my facial features tell otherwise. I’m mistaken for cruel or at least menacing at first glance. Hygiene-wise, I’m on top of my game with my teeth. My problem is conveying happiness to the initial stranger. There are several ways I’m trying to communicate my inner happiness for the whole world to see. 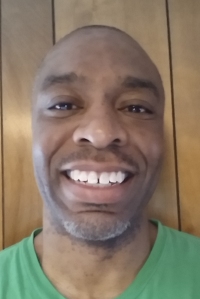 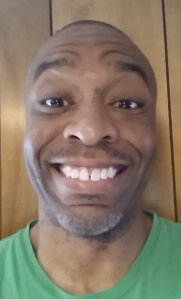 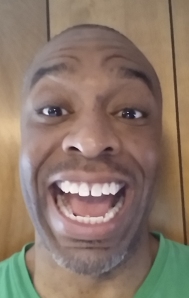 My smile is one of the original qualities I possess. If I’m going to perfect this train wreck, I got to practice in front of a mirror until I can’t get it wrong. At least I know what I’m working with, so I’m going with a lot of looks here.

The one on the right is known as the standard “Duchenne smile“. It’s the gold standard of smiles. When we do it right and with feeling, the only stressed parts of our face should be the cheeks and corners of our eyes. Although they’re easy to fake, it’s generally a tell of genuine enjoyment. Like this chick below. See how happy she looks…

The second shot known as “teeging” where my mouth is slightly open while my tongue is pressed against my teeth. I call it  my “Yes, more peanut butter and jelly sandwiches, please”  look.

My third and  “THERE’S MORE BP&J?!? I LOVE YOU!” pose is an example of the LOL smile where—at it’s maximum—my happy vein would pop out in the middle of my big forehead. In test driving these positions, one thing I’ve learned is to recognize how my face feels when I’m truly smiling and memorize it. Doing this, I figured out that I often smile with my eyes but the rest of my face doesn’t follow suit. In order to get the full effect, I often try to go for an “eyes-only” approach. It works well when you want to express pleasure without actually screaming “WOO-HOO!”.

The exact origin of how this started is debatable, but understandable. When you say cheese, your cheeks expand and your pearly whites show, but the end result looks forced. I’ve found uttering words that end with an “uh” sound such as “yoga” and “mocha”  work well.

But old habits die hard. So here’s a trick. When the person taking the pictures yells, “Say Cheese,” reply in a condescending manner “Nooo”. The slow motion of your diction will retract you cheeks back into the smile you’ve always wanted. Don’t believe me? Try it.

While taking these three photos, I was thinking of how amazing it was when man first combined peanut butter and jam which made me all tickled inside, thus causing me elation. Thinking happy thoughts does lead to more smiling, but this could also be the case of the egg leading the chicken. Studies have shown that the mere act of smiling makes us happier humans which takes us to our happy place (and happy vein). But watch out… a frown can have the same effect.

Speaking of which, you know that adage “it takes more muscles to frown than to smile”? Well, someone may have been lying to you. On average, we use the same amount of muscles to do both. The difference is in our zygomatic major muscle. That’s the one we flex when we smile. Chances are, we humans are more smilers than frowners. With any muscle, the more we work it, the stronger it becomes. Thus frowning may appear to be a tad bit harder due to inactivity.

Learning to smile is so simple but becoming cognizant of how it’s perceived is just one of the many life-hackish improvements I’m undergoing. After all, it promotes trust and a better understanding of my fellow humans. It’s just one of those small things that can lead to big opportunities.

And that’ll put a smile on my face.

WEEK 1 – My predictions are in BOLD

This site uses Akismet to reduce spam. Learn how your comment data is processed.